Disney updated MagicBands to MagicBand 2 a couple of years ago and have since added a few new colors at various times. So just how many colors are avaialble now?

So lets take a bit of a step back. Original MagicBands were released in 2015 and started off with just 7 plain base colors; Gray, Red, Yellow, Pink, Orange, Green and Blue.

Disney resort guests could choose one of the 7 colors for 'free' to use throughout their stay.

If you turn up for your vacation at a Disney resort without first choosing your Magic Band Color as described above, you'll be given an plain, un-personalized gray Magic Band. Leading many people to unofficially and unkindly dub this color the 'Gray Band Of Shame' as it's often an indicator that the wearer isn't an experienced Disney vacation planner!

In late December 2015 Disney finally introduced a purple colored Magic Band which had hitherto been one of the most commonly requested colors. Initially the purple MagicBand was only available for sale in Disney retail outlets but was later added as a selectable option for resort guests. 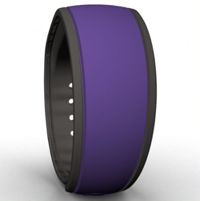 It wasn't until December 2017 that Disney introduced a new solid color MagicBand 2 for sale. Millenial pink was an immediate hit!! 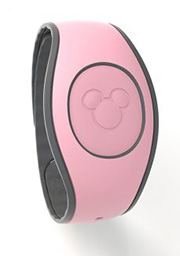 Black MagicBands followed closely and other colors of MagicBand 2 had been seen in press photos and with printed character MagicBands throughout 2017 and 2018 and speculation was that a teal MagicBand would soon go on sale too.

However, the reality was that it would take until November 2018 before new solid MagicBand colors would appear for sale on shopDisney.  New colors were Lavender, Turquoise, Navy, Dark Green and White. 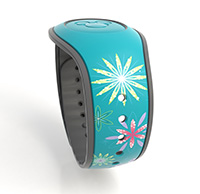 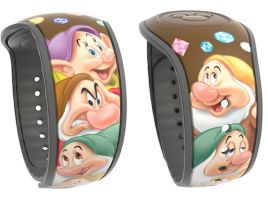 Whatever color Magic Band you may choose, we have a hude selection of designs (well over 600 now!) that you can use to decorate your Magic Band or, of course, we have online design tools that allow you to create your own completely unique and personalized design with no mess or fuss!